Skip to main content
HOME / BLOG / NEWS, EVENTS, BLOG / How do we teach children to belong to Hebrew?

One of the most important enterprises of Zionism was the renewal of the Hebrew language. For 2000 years, Hebrew existed as a written language mostly. Jews prayed, read, studied, buried, and married in Hebrew but did not speak it. Then, towards the end of the 19th century, in Europe and Palestine, the Hebrew language began to be revived as a spoken language. How can one tell when a language is revived? When there are children who use it as their mother tongue.

In 1895 a book publishing house called "Tushia" was established in Warsaw. A pioneering publication sought to solve the serious problem that arose, a severe shortage of children's books in Hebrew. The publishing house printed original literature alongside translated literature of famous stories for children. The first stories translated were folk tales and legends of the Grimm brothers, omitting the Christian motifs in the stories. Snow White's story was one of the first stories the publishing house chose to translate. The story was translated into ancient Hebrew, granting Snow White and her stepmother a charm of a biblical story.

The first Hebrew translation of "Pinocchio" was published in the city of Lodge, Poland, on July 1, 1920. The person who translated this Italian classic was a Jewish educator, writer, and translator named Israel-Eliyahu Handelsaltz. He believed that the youth would learn to love the Hebrew language through literature and theater. Handelsalz devoted his time to his two loves, teaching and translation, between the two world wars. He taught Hebrew in high school and at the Rabbinical Seminary, and translated stories, books, and plays into Hebrew. (Appears in the picture, sitting on a chair surrounded by his family). 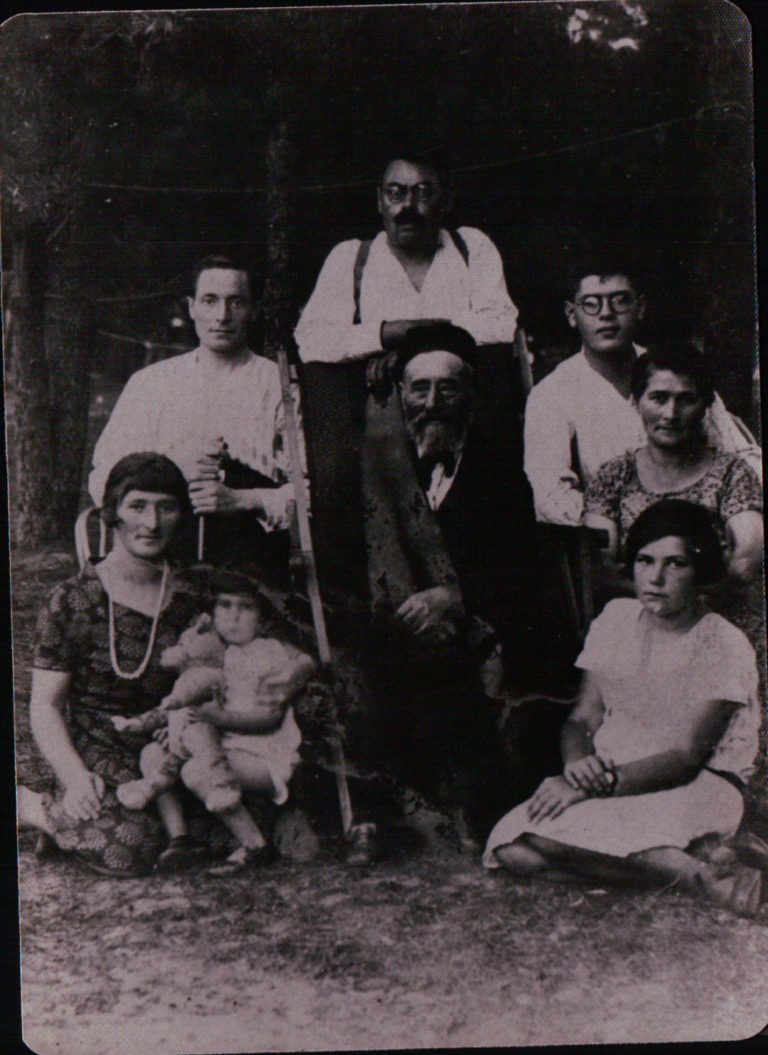 In 1950, a new version of Pinocchio's translation was published in Israel by the Hebrew writer and poet Avigdor HaMeiri. The new translation is much more "wild" than the old translation. Thus, Pinocchio visits the Western Wall and gets involved in a fight in Tel Aviv. Throughout the story, Grandpa Geppetto is busy teaching his little Pinocchio Torah so that Pinocchio will quit smoking. (in the picture) 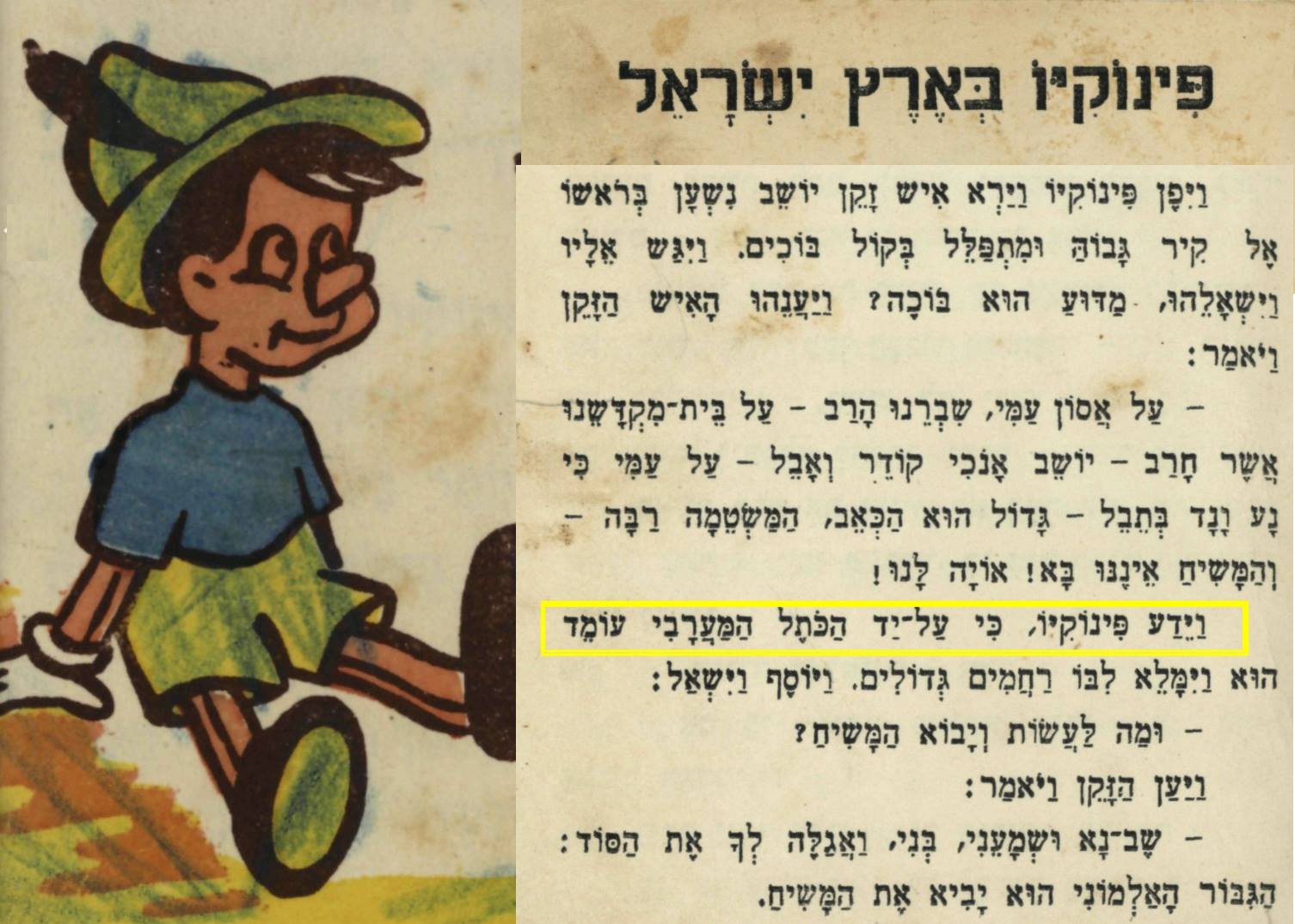 However, the first translations of children's literature were published in Jerusalem, in 1887, by Eliezer Ben Yehuda (in the photo with many books). He translated Jules Warren's Around the World in 60 Days. In his translation, the protagonists occasionally use phrases in Aramaic and Arabic, and pray famous Jewish prayers such as the Shema. Ben Yehuda, known as the "Reviver of the Hebrew Language," renewed thousands of words in Hebrew, wrote the first Hebrew dictionary, and devoted every moment of his life to reviving the Hebrew language. Nonetheless, Ben Yehuda is seen as "the Father of Modern Hebrew" because his son, Itamar Ben Avi, was the first child to speak Hebrew as a mother tongue in thousands of years. 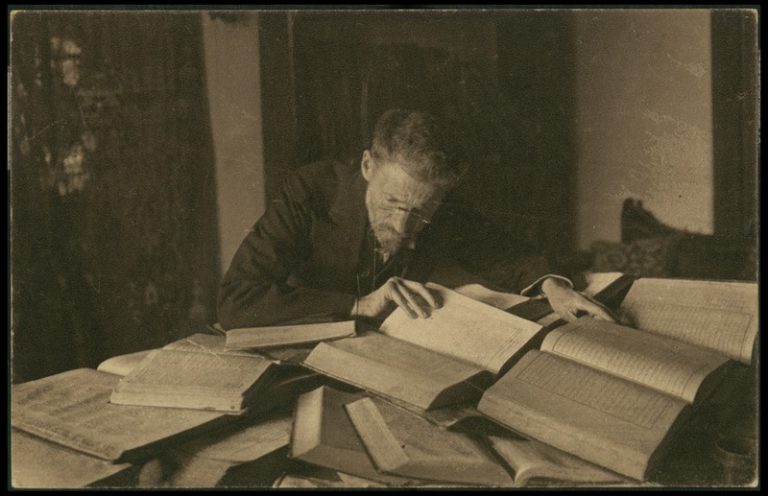 Teaching Hebrew always required creativity, and many Jewish educators of the last 200 years devoted their time establishing a love for Hebrew in the hearts of the young generation. The International M.A program of The Melton Centre offers Jewish educators around the world an opportunity to rethink, together with fellow educators and professors, about Jewish education, using distance learning. The Melton Centre offers a whole course about the reviving of the Hebrew language! Check out the full M.A program on the website>>> https://masterjewishprogram.huji.ac.il/

Information and photos are taken from the National Library of Israel's blog and archive.