Skip to main content
HOME / BLOG / NEWS, EVENTS, BLOG / How the Next Generation Will Remember the Holocaust 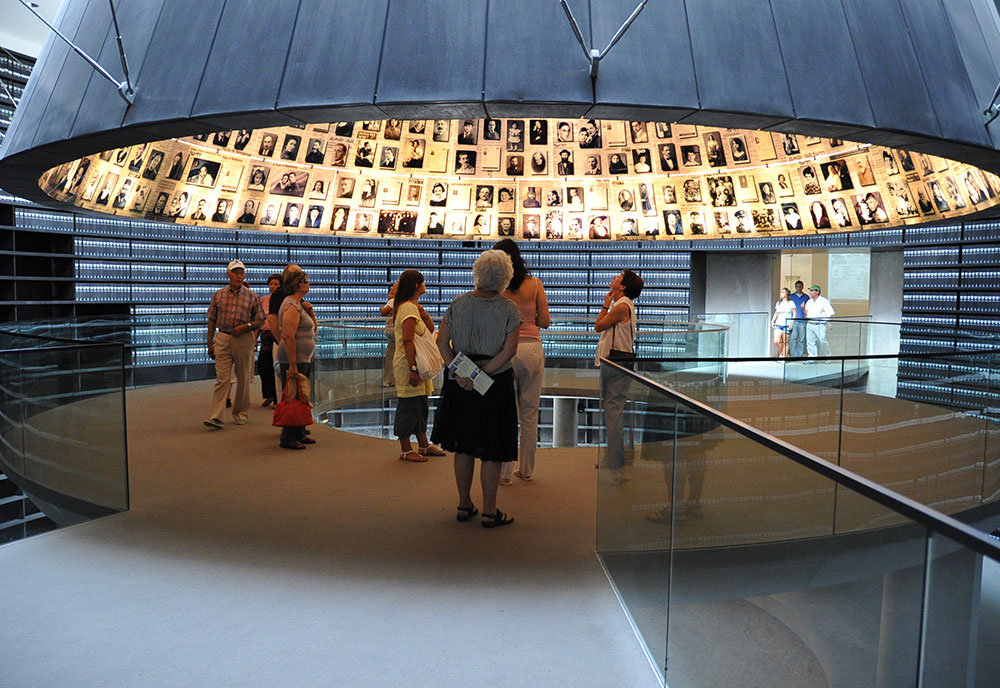 This week, our students will visit Yad Vashem – the World Holocaust Remembrance Center, which is located adjacent to the national cemetery on Mount Herzl. Yad Vashem is the official Israeli memorial site for Shoah victims and holds the names and biographical information of 4.2 million Holocaust victims.


As the events of the Holocaust slowly recede into the past, and perhaps precisely because of this, the practice of documenting, remembering, and commemorating those events increases. In addition, documentation techniques are evolving in line with technological developments that offer new possibilities. For example, a new Holocaust Museum was inaugurated last month in Stockholm, Sweden. According to its website, the new Swedish Holocaust Museum will be the first in Europe to host interactive Dimensions in Testimony (DiT) interviews. DiT is a documentary form that makes it possible to hold virtual conversations with Holocaust survivors even after they are no longer alive. The project has filmed structured, in-depth interviews with survivors using advanced video technology. This video material is then rendered interactive using a system based on artificial intelligence (AI).

Some Holocaust museums are set up at sites such as extermination camps or stations from which Jews were sent to their deaths, helping visitors to imagine and remember the story of these places. Other museums are set up in neutral locations, which are not themselves connected to the Holocaust and the commemoration of the victims. Some offer a narrative that connects their location and the Holocaust in a different way. For example, the Holocaust Memorial Museum in Washington is symbolically located near the National Mall and Memorial Parks, which points to its importance. Although the United States did not have a direct connection to the Holocaust, the museum and its location mark the Holocaust as an historical event central to the American identity.

Like Yad Vashem, the US Holocaust Memorial Museum allows visitors the opportunity to personally connect with an individual victim of the Holocaust rather than focusing on the overwhelming number of victims. Upon entering the museum, a visitor receives a note with the name of one of the victims of the Holocaust. Throughout the visit, the visitor learns about the historical events which impacted the life story of the person who appears on the note, allowing him/her to understand, empathize and become emotionally involved. It is unquestionably one of the most impressive Holocaust museums in the world.

Established in 2013, The Memoriale Della Shoah is a Holocaust museum at the Central Railway Station of Milan. The museum is built in the shape of a huge hall below the train station – the same the station from which thousands of Jewish deportees were sent to the death camps. The busy train station operating above the museum provides the sound of moving trains as visitors stand below on the deportation platform and observe the livestock cars into which Jews were herded.

There are several lesser-known Holocaust museums around the world that tell unique stories. For example, on the Swiss border in western Austria, there is a small town called Hohenems. Most of the Jewish community was expelled from the town during the war, as was the case in many other European towns. These historical events were mostly ignored in Hohenems for half a century until the mayor took it upon himself, about twenty years ago, to take action to commemorate the town’s lost Jewish community. He turned a large family home, previously owned by Jews, into a small museum dedicated to the community history and the Holocaust. Adopting a unique angle, the museum focuses on European Jewish cantorship, the traditional vocal art form of leading the congregation in songful prayer. An entire floor houses recordings of the great cantors from the pre-Holocaust period, some of them very old and rare wax records.

A provocative, decentralized European commemorative project initiated in the late 90s by German artist Gunter Demnig seeks, like the Yad Vashem Museum, to emphasize the individual dimension of the Holocaust victims. It comprises “Stolpersteine” (‘stumbling blocks’ in German) – small, square concrete blocks, each covered with a brass plate, sunk into sidewalks in front of houses in various European cities to remind passers-by of the victims of Nazism who lived there up until their deportation and murder. The brass plates are inscribed with the words “Here lived…” and basic biographical details. As of the end of 2019, more than 75,000 such stones had been laid in over 1,200 cities, towns and villages across Europe.

Read about our international Masters program in Education specializing in Jewish Education (using mostly online learning) on our website>> https://masterjewishprogram.huji.ac.il/