Skip to main content
HOME / BLOG / NEWS, EVENTS, BLOG / The Story of the Most Important Archaeological Discovery of the 20th Century 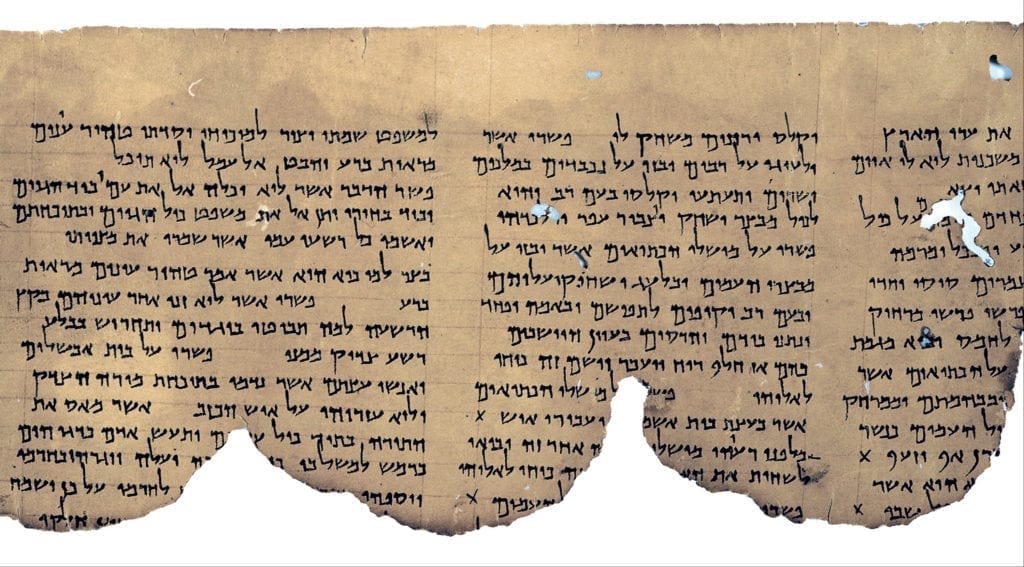 One day in 1947 a Bedouin shepherd left his sheep to look for a stray goat. He reached the soft limestone cliffs northwest of the Dead Sea and came across a cave tucked into a rocky ravine. Intrigued, he threw a stone into the dark cave, and was surprised to hear the sound of pottery breaking. When the boy entered the cave, he found a mysterious collection of large pottery jars, most of them empty, but in some he found old scrolls wrapped in linen blackened with the passage of time. The shepherd brought the scrolls to an antiquities dealer in Bethlehem for evaluation. 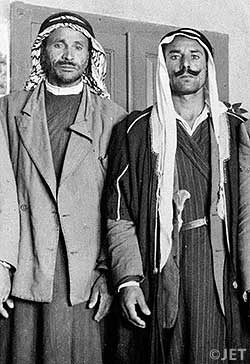 The Bedouin shepherds Muhammad A’div and Jumaa who found the first scrools, the caves, and one of the scrols.

Shortly afterwards, Professor Eliezer Sukenik from the Hebrew University of Jerusalem heard of the scrolls from an Armenian antique dealer and grew curious. He met the antiquities dealer in the British military territory on the eastern Jerusalem border. In the secret meeting, the dealer showed the professor a piece of parchment through the barbed wire fence. The professor recognized the ancient Hebrew script and decided to travel to Bethlehem to meet the antiquities dealer who had three scrolls in his possession. When Sukenik opened the scrolls, he was amazed to discover manuscripts in Hebrew, which were a thousand years older than the earliest known copy of the Bible. 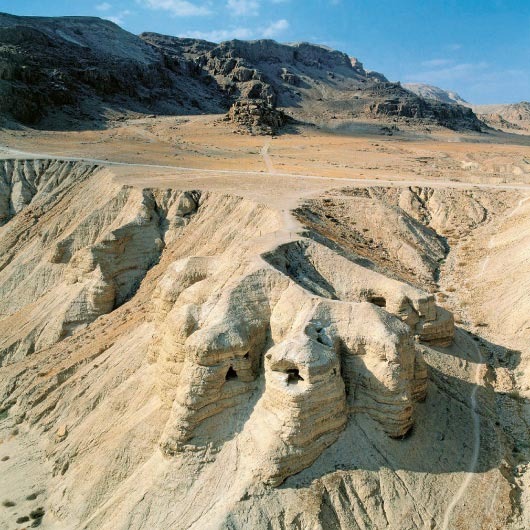 The caves of Qumran

The scrolls caused a huge stir all over the world and they were soon subjected to intensive study. The scrolls are considered today to be among the most important archaeological discoveries in the research of the Land of Israel, Jewish history and early Christianity. In 1965, the Shrine of the Book, a special wing of the Israel Museum, was established to preserve and display seven scrolls. The summer semester students of the Melton Center visited the Shrine of the Book last week and heard the story of the scrolls.

"The scrolls force us to look at the concept of Judaism from a new perspective. Judaism today might seem to belong to the religious, rabbinical, yeshiva sector, but the Jewish phenomenon is an interesting social phenomenon from ancient times, and so we should discuss it from the social aspect," said Dr Adolfo Roitman, director of the Shrine of the Book, who is also a lecturer at the International M.A in Education at the Melton Centre, in an article published in 2017 in Ynet. Roitman points out that the ancient scrolls discovered in Qumran spark discussion of  unconventional aspects of Judaism that existed already 2000 years ago. "Our current cultural reality is open to the phenomenon of the scrolls. In a postmodernist world, there is a constant need to break away from the consensus, to look for ideological alternatives and move away from the mainstream. The scrolls do that, presenting an external Judaism, groundbreaking beliefs and behaviors that were not part of the accepted mainstream Judaism at that time.”

Tisha B'Av – the ninth day of the month of Av, which falls this week - is a national day of mourning that marks the destruction of the Temple and the beginning of the exile. The scrolls indicate that sects that lived in the desert experienced the loss of the Temple even before its physical destruction in the year 70 C.E. For example, one of the scrolls, known as the Temple Scroll, deals with details related to the Temple. However, most surprisingly, the scroll offers an incredibly elaborate plan for a future Temple that would replace the existing one at that time in Jerusalem.

The existence of the desert sects raises questions as to the factors that led the sect members to choose their way of life. Why would people abandon everything and establish a community in the middle of the desert, even though they were not persecuted or forced to flee in order to survive?

Dr. Roitman points out that the sects’ extreme way of living stemmed from a desire to create a more just and “pure” society. Their rejection of Jerusalem's religious and social structures is known from other ancient writings, which paint a harsh picture of the Jewish society at that time (as reflected for example, in several Talmudic stories and in Josephus’s accounts).

The scrolls emphasize the degree to which the political, ideological and spiritual reality surrounding the Temple gave rise to major conflicts in Jewish society living in the Land of Israel 2000 years ago. On the upcoming Tisha B'Av, let’s remember that even when the Temple stood in Jerusalem – a solid and magnificent stone structure - it was not enough to create a just and united society. Tisha B'Av is a day of great value in the Jewish education system; it reminds us of the important educational task of creating a just and moral society by remembering and learning from the past.