Skip to main content
HOME / BLOG / NEWS, EVENTS, BLOG / Take a book of poetry and go out to fight

On the dramatic day of September 1, 1939, the day Hitler invaded Poland and launched World War II, the British newspaper Times Literary Supplement published an article calling on European poets to fulfill their duty and write "songs of encouragement and comfort" to soldiers fighting the Nazis.

But the young Hebrew poet Leah Goldberg vehemently opposed the call and a week later, published a response list in the Hashomer Hatzair newspaper. She wrote:

"It is not only a right for a poet in the days of horror to sing a song to nature, to the flowering trees, to children who know how to laugh, but a duty, the duty to remind a person that he is still a human being."

Her list provoked agitated reactions from all the poets around her, led by her close friend, Nathan Alterman (in the photo). Alterman argued against it that a poet must not shut himself off from the world and deal only with his personal world, he must devote himself to writing poetry that is attached to people and dramatic events that take place in the world. This argument has cast a heavy shadow over their relationship.

During World War II, when the Holocaust had not yet been fully revealed, Alterman published poems that encouraged the people. He clung to small consolations of comfort published in the paper. For example, following a news item published in early May 1942, "The Nazis confiscate Jews' shtreimel hats for military purposes," Alterman wrote the "Revenge of the Shtreimel." But in November of that year, official news came from the United States and England that millions of Jews in Europe were being systematically murdered. One can only imagine how hard this news hit the public in Palestine, many of whom had families and friends in Europe.

Yes, now it is time to cry.

Yea, an angel of plucked lashes and hair,

It is calm and clear tonight,

Already the radio has counted and numbered

What have they done to you, O sheep of torment.

You were obedient and wise

And in the dark you did not cry

And even (so no ear would hear!)

You grew your teeth in silence.

Already prepared, my tiny, a protocol

Arranged and tightened with shields - -

And now it is time to cry.

We will discuss the development of the Shoah narrative in young Israel and its lasting impact and offer a model for teaching about Shoa and Israeli society through poetry. Free admission, register here>> https://docs.google.com/document/d/17oAAusXrmLCPVN-9BKINpque5Lnqvnf3/edit 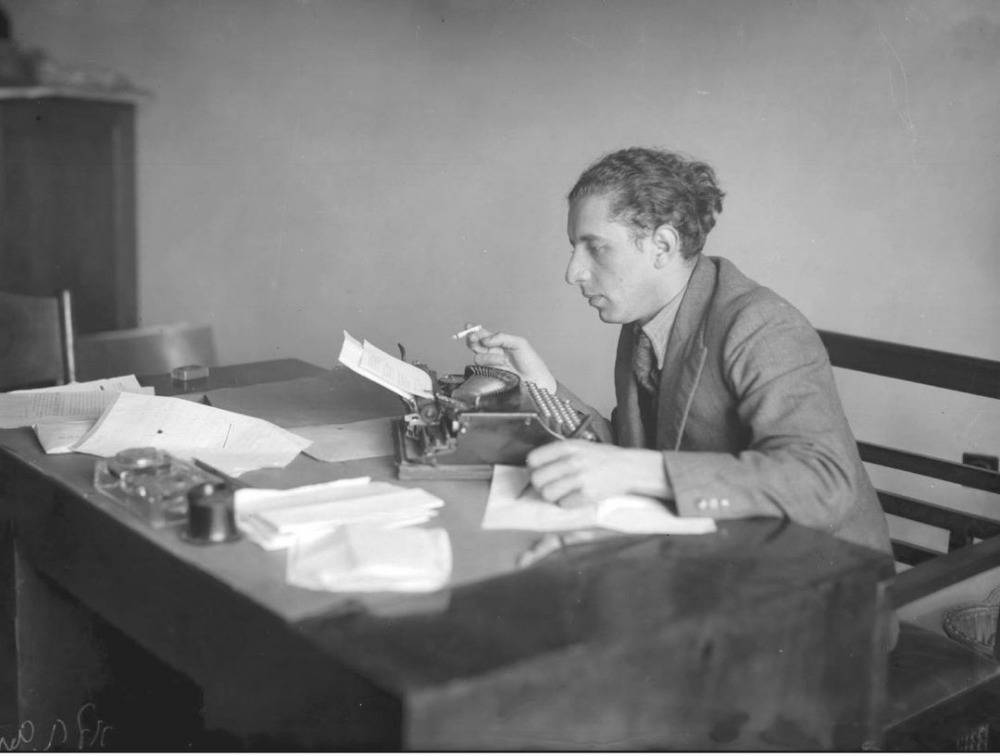