Skip to main content
HOME / BLOG / NEWS, EVENTS, BLOG / "They need to tumble sometimes. They need to get some injury, and that makes them learn how to live in this world."

In 2007 the Japanese architect couple Takaharu and Yui Tezuka built a kindergarten that aroused astonishment worldwide, and Tezuka immediately became famous. Fuji Kindergarten, which was named the best school in the world by OECD and UNESCO, has a very unusual design.

The roof of the oval-shaped school is an endless playground, and trees grow right through classrooms. Children are welcome to climb the trees, and a net spread around the tree will catch them in case of falling.

How did Tezuka manage to design such an innovative structure?

In his very popular Ted Talk, Tezuka describes the planning process of the kindergarten while occasionally referring to children as "monkeys in a zoo." This provocative image helps him explain the various needs of the children. Like monkeys, children love to climb, hang on facilities and trees, be constantly on the move and gather in herds. They don't care about the original function of objects but instead see a potential play and endless possibilities for games in everything around them.

"We designed the school as a circle, with a kind of endless circulation. When we started, I had no preconceived notions. Studying other kindergartens was like looking in the rear view mirror of a car: even if you look very closely, you can't see anything in front."

In his lecture, Tezuka explains the way of thinking that led his wife and him to design such an innovative structure. They observed children, especially their own, and discovered that children love to run in circles. In the kindergarten yard, they installed low water facilities such as small showers and flexible tabs, as they realized that children love to play with water.

The kindergarten building is essentially a roof, and there is almost no separation between the outside and the inside, which makes the classrooms completely open. "These days, we are trying to make everything under control, but the kindergarten is completely open. You should know that you are waterproof. You never melt in the rain. So, children are supposed to be outside. that is how we should treat them."

In addition, there is no separation between the classrooms. The kindergarten principal explained the purpose of the design as an opportunity to grant kids authority over themselves while naturally limiting its scope. “If a child wants to disappear, we let him. Since the building is round, the child will have to come back at some point."

The lack of walls affects the noise levels of the kindergarten, as acoustic separation almost doesn’t exist. "We consider noise to be very important. In this kindergarten, the children show amazing concentration in class. Our kind grew up in a jungle with noise. They need noise. And you know, you can talk to your friend in a noisy bar. You are not supposed to be in silence. "

A small circular structure was built next to the kindergarten (in the picture). The facility is 5 meters high and divided into 7 floors, making ceilings very low. Security is an essential consideration in Tezuka's eyes, but they treat it cautiously. Before the facility opened, they brought in a large group of children. They discovered that children preferred to climb the structure and jump from the floor rather than using the stairs. Kids were often asking for help from their friends to do these slightly dangerous stunts. "Kids need a small dosage of danger. And in this kind of occasion, they learn to help each other. This is society. This is the kind of opportunity we are losing these days."

The children of Fuji kindergarten do 4000 meters on average each day. They have the best athletic abilities compared to other kindergarten children. When the principal asked how they manage to make the children so active, they answered, "I don't train them. We leave them on top of the roof. Just like a sheep. They keep running."

Tezuka sums up the educational view that led him and his wife to build an innovative structure, viewing children as strong, capable, and self-sufficient beings. "Don't protect them too much," he concludes, "this is how they will learn to live in the world."

Do you think outside the box when it comes to Education? Does Jewish education excite you? The Melton Centre offers a new M.A in Education, focused on Entrepreneurship and Innovation in Jewish Education. The course will focus on the foundation concepts of social entrepreneurship and their application to Jewish education. This blended M.A program allows you to live everywhere, and work full time while studying. Check out the full program on our website>>> https://masterjewishprogram.huji.ac.il/structure 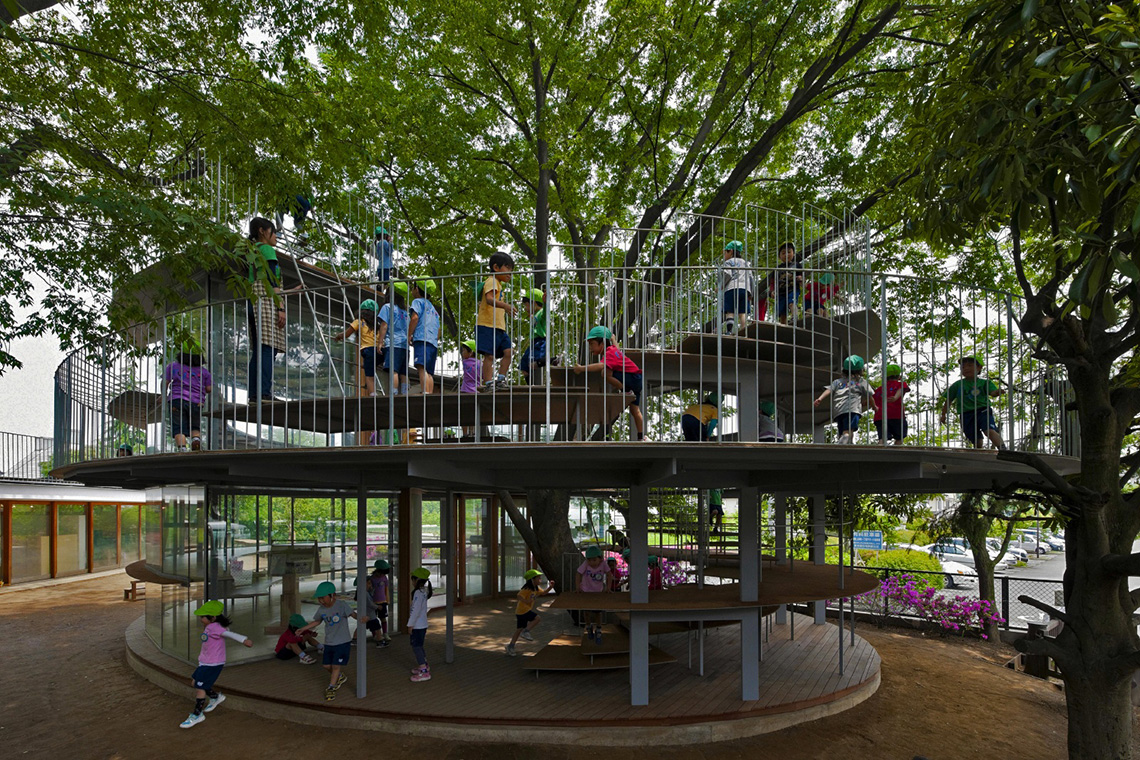 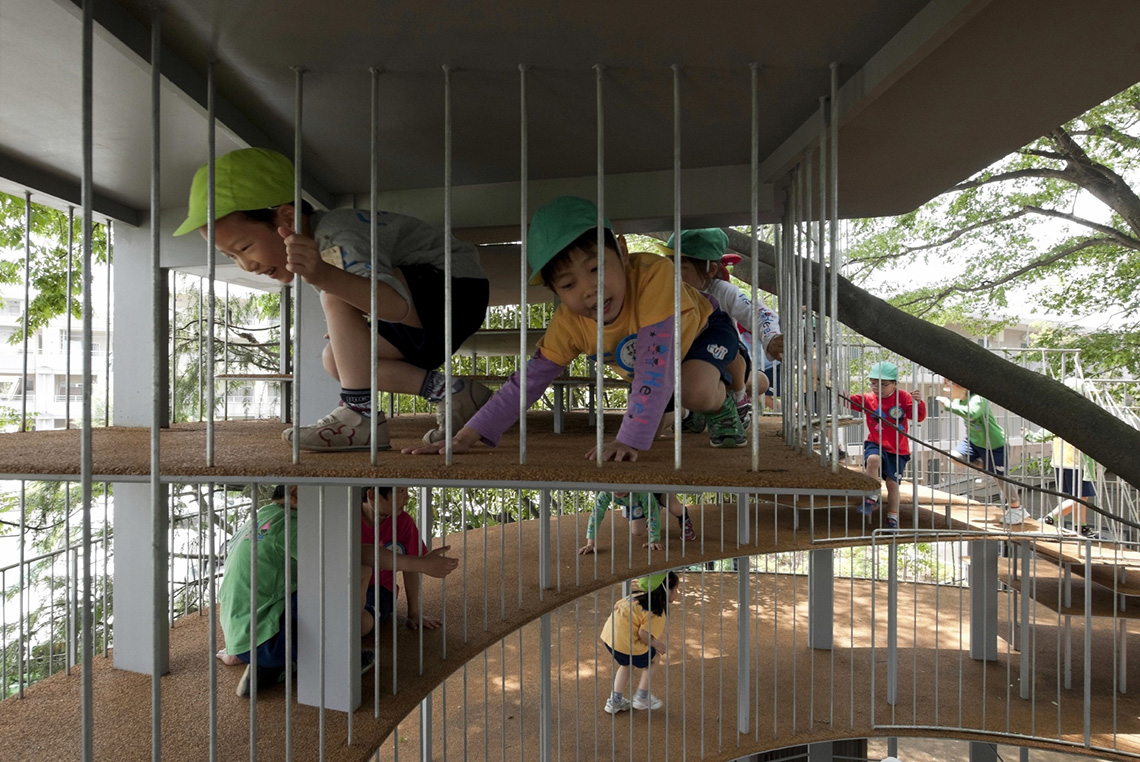 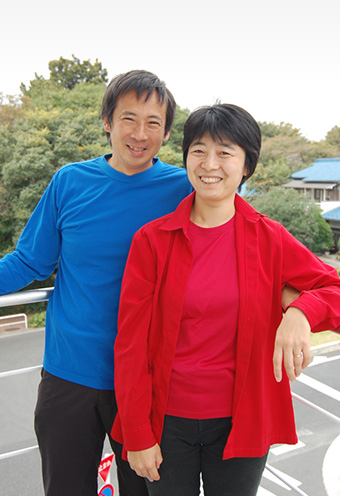 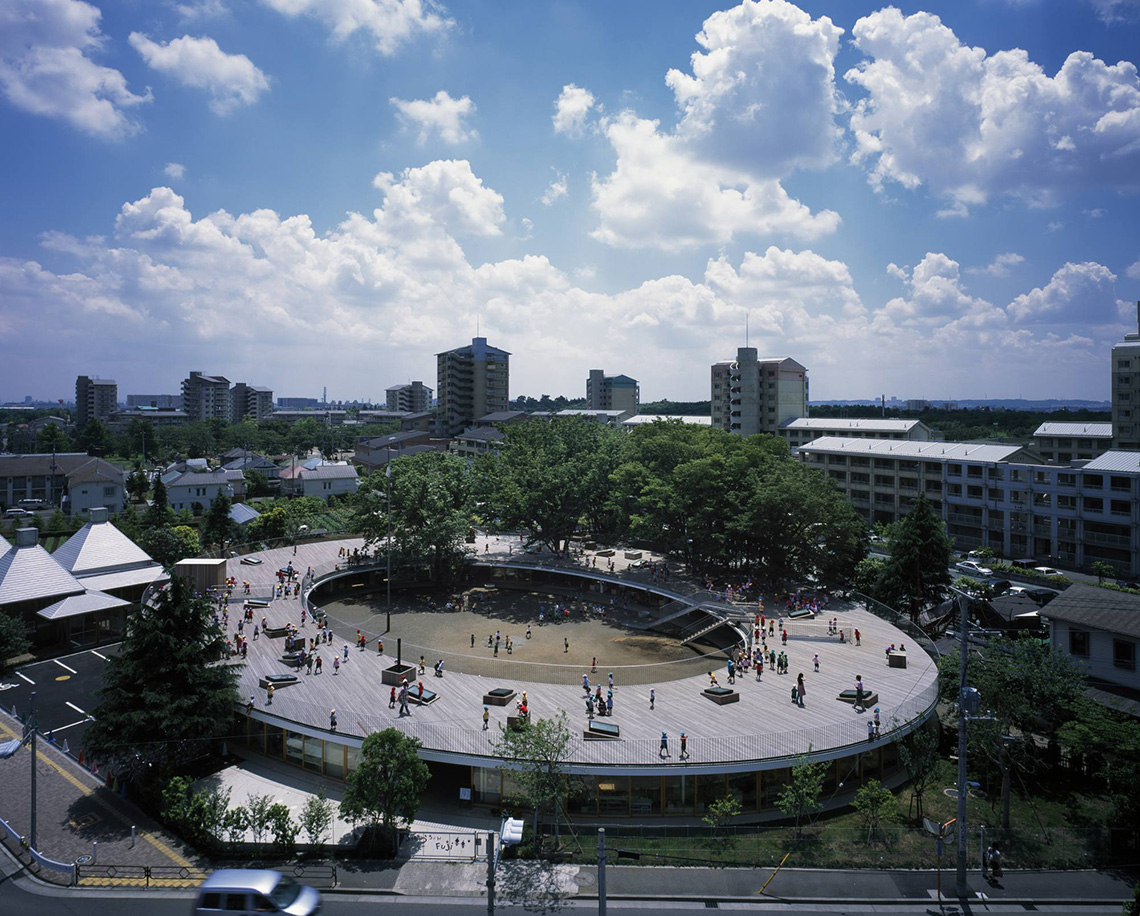