This week marks the opening of the summer semester of the Melton Centre International Program. During the semester, students will have the opportunity to explore Israel with their feet and see some of its wonders up close, over the course of seven trips around the Jerusalem area and the north of Israel.

This week the students will take a short tour of Mount Scopus. Aside from the Hebrew University campus situated there, Mount Scopus is an historically fascinating site in its own right.

Mount Scopus is one of the peaks that surround Jerusalem, lying to the east. It rises to a height of 826 meters, offering a panoramic view of most of the capital as well as a large area of ​​the Judean Desert, including the Dead Sea. “Mount Scopus” is a Greek translation of the Hebrew name “Har ha-Tzofim” – Watchmen’s Mount. In Arabic, the mountain is called Jabl al-Masharif ("Lookout Mountain").

The earliest source that mentions the mountain by this name is Josephus in his Antiquities of the Jews. The text records the encounter between Alexander the Great and the High Priest of the Jewish Temple:

"And when he heard that he [Alexander] was not far from the city, he [the High Priest] went out with the priests… The procession was venerable... it reached a place … called the Watchmen, because Jerusalem and the Temple could be seen from there."

There are a few surprising historical sites on Mount Scopus, such as the British Military Cemetery for the Martyrs of the British Empire in Palestine during the First World War. Over 2,500 graves with simple headstones are set out in rows, surrounded by well-kept green lawns.

At the entrance to the campus is the National Botanical Garden. About 950 species of plants are grown here, preserving the variety of the indigenous flora.

Near a small pond with water lilies lies an ancient burial cave that was discovered during an archeological excavation. The cave contained an ossuary engraved with an inscription in Greek and Hebrew: "These are the bones of Nicanor of Alexandria, the maker of the doors." This discovery aroused a great deal of interest, since the Babylonian Talmud recounts the story of a man named Nicanor who sailed from Alexandria to the Holy Land with copper doors that had been specially made for the Temple, and experienced miracles along the way. The doors were installed on the eastern side of the Temple courtyard and were henceforth known as "Nicanor’s Gate".

In 1931, Menachem Ussishkin, chairman of the Jewish National Fund, came up with the idea of ​​establishing Nicanor’s Cave as a burial pantheon for Israel’s leaders. As a first step he had the bones of Zionist activist Yehuda Leib Pinsker brought from Odessa to be reinterred there. However, the second and last person to be buried in the cave, on Friday, October 3, 1941, was Ussishkin himself, while the burial pantheon for the Great Leaders of the Nation was eventually established on Mount Herzl instead. Our next post will recount the story of Mount Herzl, which our students will visit next Sunday. Stay tuned and sign up to receive our newsletter >>

In the photos: Nicanor’s Cave and the inscription; the British Military cemetery (from Wikipedia) 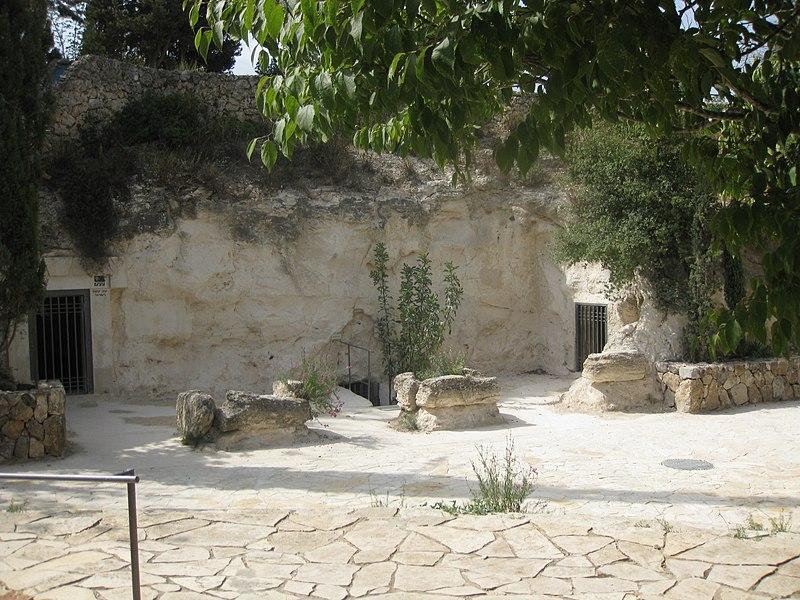 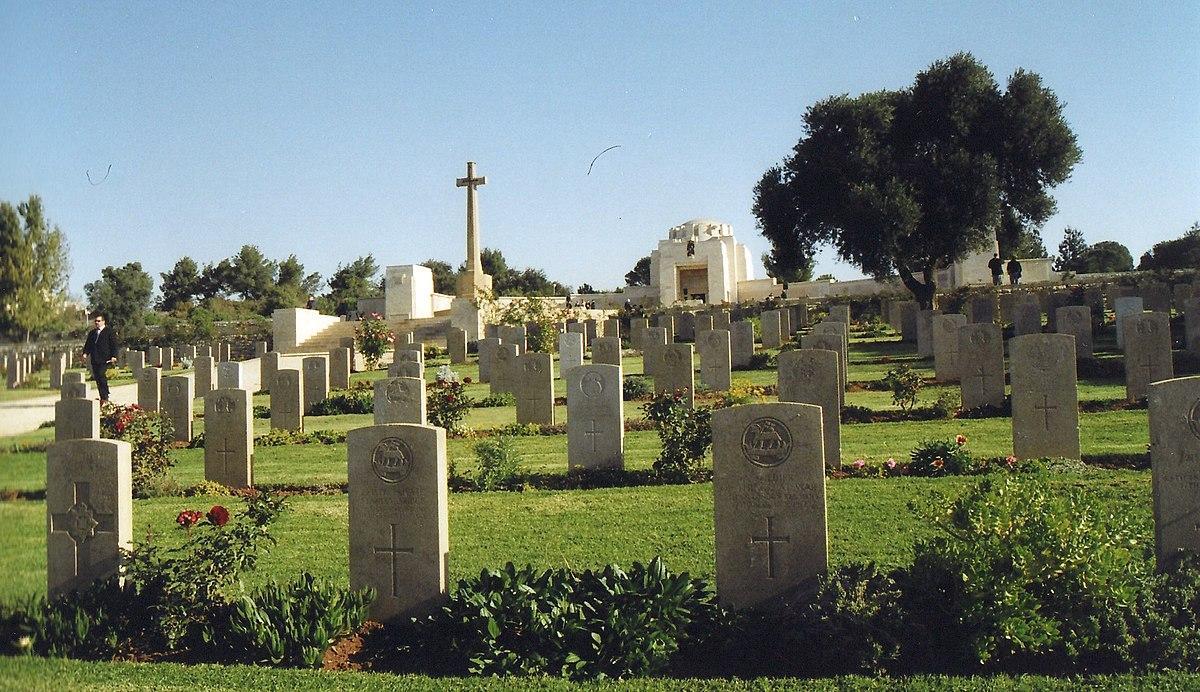