Last month, Jewish athletes from around the world crossed the sea to participate in the Maccabiah, a multidisciplinary sports competition held every four years in Israel. The Maccabiah was conceived as the fantasy of a man named Yosef Yekutieli, who dreamed in 1929 of an Olympic event in which athletes would participate as representatives of the various countries of the Jewish diaspora. Yekutieli’s dream came true, and this year, for the 21st Maccabiah, 10,000 athletes from about 60 countries were invited to compete in about 3,000 competitive events in 42 different sports. Don't let these big numbers confuse you; each and every athlete is a whole world of dreams, endless motivation, and iron willpower. The amazing story of the Jewish athlete Agnes Keleti is a great example.

Keleti's career is considered very unusual among athletes as she only started training at the age of 16; up until then, she had devoted her time to playing the cello. She started training at the Jewish Sports Club of Budapest, and within a year became the Hungarian champion. She prepared vigorously for the 1940 Olympics, but the promise she showed was not realized because World War II led to the Games’ cancellation. Soon Keletie was thrown out of the gymnastics club, because she was not of Aryan descent.

As the situation deteriorated, she married a Hungarian gymnast in a fictitious marriage. However, this was not enough to ensure her survival, and she managed to buy identity cards from her rural housekeeper, learned to speak in her rural accent, and went into hiding in the village. Throughout the war, Keleti maintained a routine of training and high physical fitness. She survived, and her mother and sister were also saved thanks to the Swedish diplomat Raoul Wallenberg, but her father and almost all of her extended family were murdered in Auschwitz.

After the war, Keleti began her Olympic career. She participated in the Helsinki Olympics at the age of 31 and won three medals, including one gold. At the age of 35 and a half (twice the age of most of the athletes who competed against her), at the Melbourne Olympics, she won four gold medals, and two more silver medals. 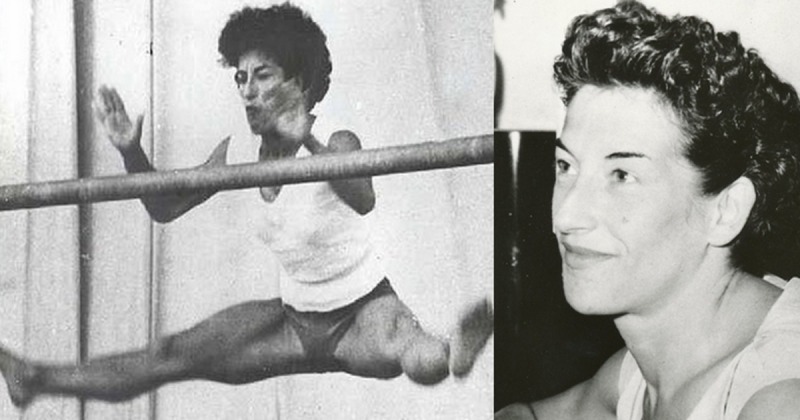 Unlike many other athletes, Keleti states that what drew her into sports was not necessarily a competitive streak or the desire to win races:

"Medals are nice, but I didn't do sports just for the medals, but to enjoy the activity and see the world. The Communist regime in Hungary was very rigid… I decided to be good at sports, in order to see the world," she said in an interview published on Ynet in 2014.

Keleti won 10 medals during her career, awarding her 7th place in terms of medal winners in the history of the Olympics (!). But perhaps most impressive of all is the fact that she won nine of her ten Olympic medals after her 30th birthday, an age at which most athletes retire.

After participating in the Maccabiah of 1957, Keleti decided not to return to Hungary. "One sole reason motivated me not to return to Hungary - anti-semitism. Anti-semitism has always been deeply-rooted in Hungary…," she said in an interview. Keleti decided at that point to retire and devote herself to teaching. The Wingate Institute, the Israeli National Institute for Excellence in Sports, contacted her immediately, and she joined the Institute's teaching staff. Keleti donated all the money she received for her performances in the Maccabiah to buy gymnastics equipment, establishing the field of competitive gymnastics in Israel.

Last January, Keleti celebrated her hundredth birthday, and media outlets from all over the world interviewed her and publicized her story. The journalists meeting her were stunned, not only because she retains an extraordinary level of physical ability (she enjoys showing off her perfect splits), but mainly because her positive attitude, sense of humour, and enjoyment of life are the fulfillment of Maimonides’ vision of a "healthy soul in a healthy body.”

In the pictures: Keleti performing the splits on different occasions, and celebrating her 100th birthday. 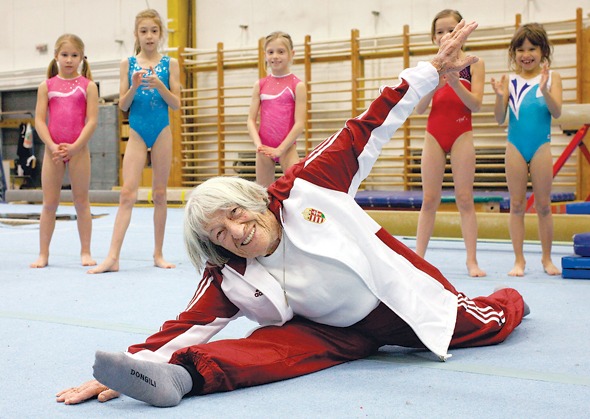 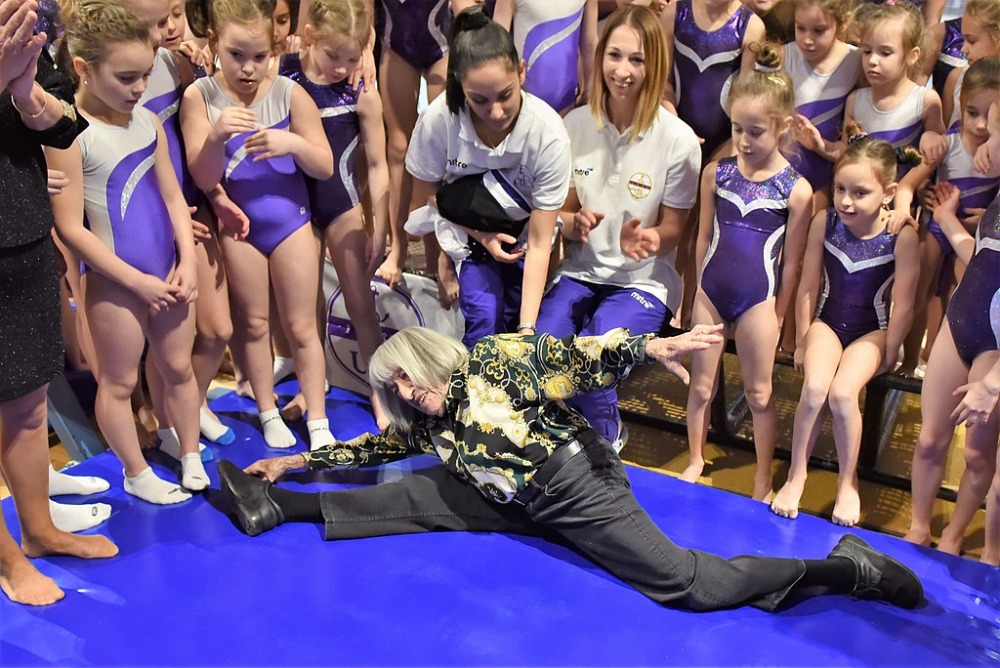